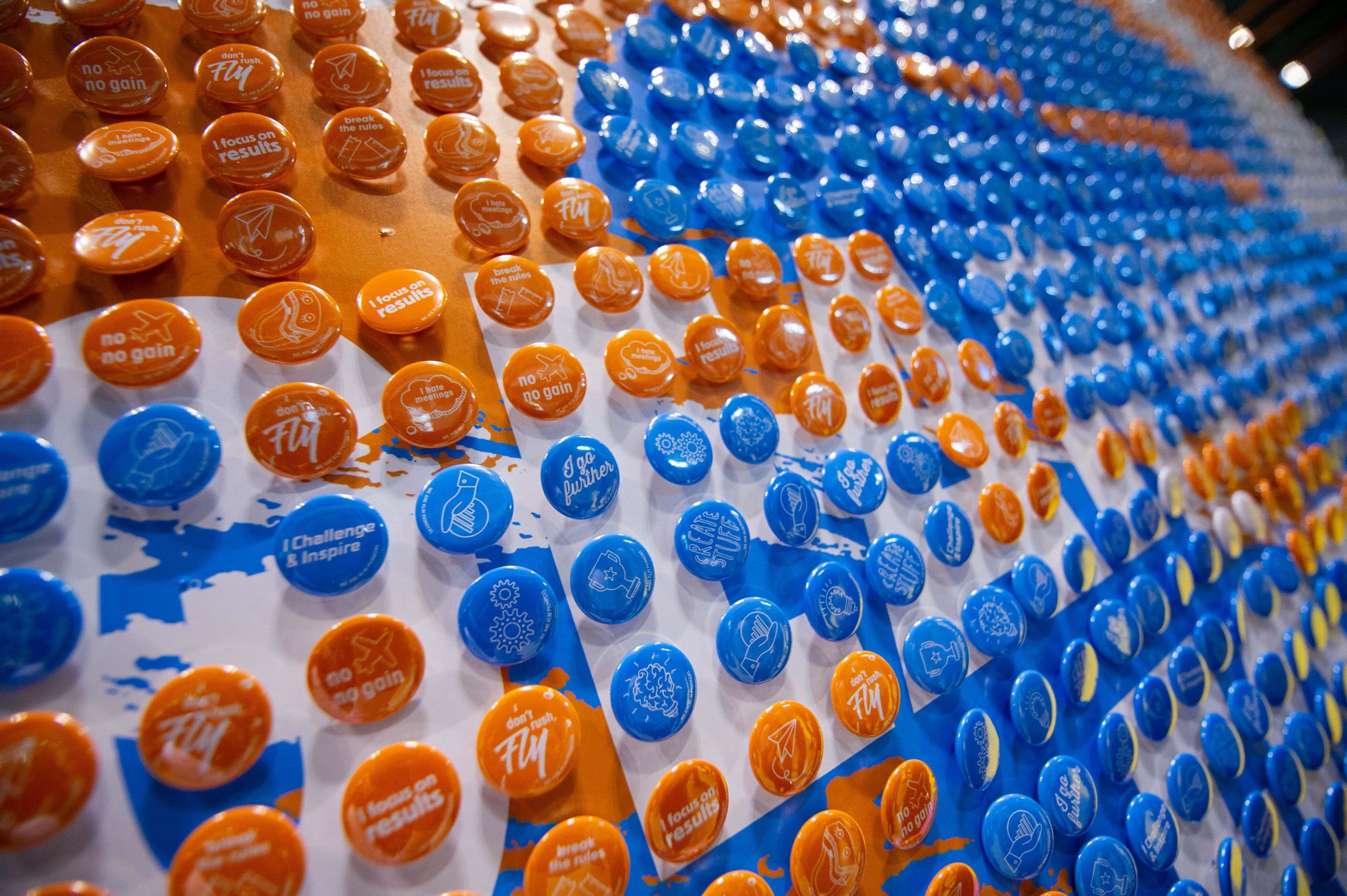 The place where digital solutions are made for and with KLM employees.

What is KLM Digital Studio?

At Schiphol East, on the edge of the Amsterdamse Bos you will find KLM Digital Studio. This is where Schiphol came into existence about a century ago, and it is also here where the latest technologies such as VR, Blockchain and artificial intelligence are being worked on for a new high-tech future for KLM. “What is going to change in the world? What can KLMers do with it? That is what we are investigating here.”

They do not stand out, the Tristar buildings where KLM Digital Studio is located, you can just see them from the A9 when you pass them. But only if you know where they are. Here. ‘In the first instance, I wanted to have a KLM building of nearly a hundred years old here at Schiphol-East. That was on the list to be demolished. I thought it would be nice to sit there anti-squat. I used to live that way myself in the past and that gives it a unique atmosphere. Completely different from what you feel in most other KLM buildings. But unfortunately it was already demolished before we could go. Fortunately there turned out to be a nice alternative and we ended up here, in Tristar. That was one of the first assignments I gave myself in 2016: “Oudkerk, arrange that building. A place of our own.” Well, done.’ Liesbeth Oudkerk is the blonde Vice President of KLM Digital Studio, now a business unit where she and give-or-take 150 techies work hard on the rejuvenation of the airline.

The fact that she made it such a point to arrange a separate building has to do with the purpose of KLM Digital Studio. ‘At KLM, a few years ago we concluded that digitization is one of the most important strategic means to achieve our long-term goals. You can think of what our CEO Pieter Elbers refers to as “overdue” work: things that should have happened for a long time already. For example, using apps instead of carbon paper when submitting your declarations. But what about tomorrow’s technology? What is going to change in the world? Can we stretch this digitization and investigate what it can mean for KLM? That is also what we do at KLM Digital Studio.’

Oudkerk initially started in 2016 with what was then still a “program”: ‘A project with representatives from different divisions. I consider it our challenge to make those divisions learn better from each other in the digital field. I think the best way to achieve that is to put a few scrum teams in a separate building to make beautiful products together. So we arranged that.’

What does KLM Digital Studio make?
KLM DT, as the business unit is abbreviated, builds products for the entire airline. And is at the same time an experimental factory. Here we investigate how we can solve business challenges in new ways or with technology. Hence we also find out what new technologies can mean for KLM. We take a current problem and learn quickly and iteratively whether a certain technology can be used for its solution. We like to call it Applied Technology. At the time of writing, these include:

Aircraft maintenance with Augmented Reality: with an iPad and our AR app, aircraft engineers can save a lot of time.
Blockchain for the replacement of the paper mountains that accompany the repair processes of aircraft parts and their international repair cycle.
MySearch: a hyper-advanced search engine that runs on Elastic Search, for all of KLM. Once started in a hackathon.
Robotic Process Automation: virtual employees who perform boring and repetitive work, so that people can focus on smarter and more challenging work.
Virtual Reality: we build, among other things, fire safety training for cabin crew, training programs for staff that operate the movable bridges on the aircraft.
MyRoster the timetable app for KLM ground staff who work in exchange service, the app has been around for a year and has 10,000 active users.

We deal with both incremental and radical innovation. We are looking for smart solutions for major problems. The list above will never be complete, because some projects are halted if we see too little potential in it after some experimentation. Or if they are so successful that the regular IT departments can take over to bring them into production. We iterate quickly and always start new projects. After all, that is the big advantage of working agile with scrum teams. We often know quickly whether a project is viable or not so that we do not have to waste energy.

The KLM Digital Studio that Oudkerk is talking about, why would it be needed? You have to look at it broader than just digital, she argues: ‘Airlines are traditionally logistics companies with command and control cultures. The airline determines in advance what is good for its customers and what employees must do. You used to get away with that, but the market has changed. Customers now have different expectations. The competition is huge. Aviation is now more than ever a service industry. Our people, KLMers, are an essential link in making the difference. They must be able to look our customers in the eye on every part of their journey and at that time be able to do the right thing for that person. We can help with this by providing the KLMer who interacts with the customer with maximum information. So that he or she can provide the best experience with his or her insight.’ She halts for a moment, looks out the window and lets her eyes wander over the hangars of Schiphol-Oost. Then: ‘That’s why the things we come up with are not about technology at all. That is just a tool. Together with our KLM colleagues, we look for what helps them best in carrying out their work. That is tilting the organization, it is the mental transformation that is needed to help KLM survive. It is more about mindset than spreading new technologies across the company. What we are trying here helps KLMers to switch to that mindset.’

In the meantime, KLM Digital Studio has grown from a program into an office that is serious in size and impact, with around 50 KLMers and external experts. The first products of the business unit – such as virtual reality training and the virtual employees of Robotic Process Automation – are now being used by the other departments of the airline. Oudkerk: ‘In principle, we want to return most of the products that we have developed here to the standing organization. Then the IT departments take over the management and further development from us and we can make room for new projects that arise. KLM Digital Studio is now almost at it’s full strength. We know what we want and what we can do. There is a lot of demand for our expertise from the organization and we are becoming more known.’ She smiles, ‘I think that there is enormous potential that is now blossoming. This year has everything in it to become a harvest year.’